What is celiac disease? 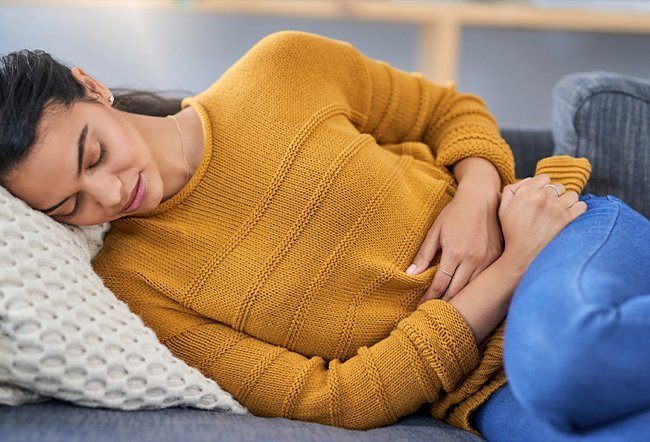 Celiac disease is a type of autoimmune disease that affects the digestive system. It can cause several types of pain, gastrointestinal distress, and many other symptoms. Celiac disease is also sometimes called a gluten allergy and, in the last decade, has gotten more attention as more people have been diagnosed.

Celiac disease is one of many types of autoimmune diseases. Autoimmune disorders affect all types of people and have all kinds of triggers, but the result is that their immune systems are hyperactive and attack their skin and organs instead of just targeting invading bacteria.

People with celiac disease can’t tolerate gluten, a type of protein found in wheat, barley and some other types of grains. When a person with celiac disease eats gluten, their immune system damages the lining of the small intestine, interfering with the absorption of other nutrients from food.

There’s one other type of classification: silent celiac disease. Patients with this type don’t report having symptoms, but they still experience damage to their small intestine. If they move to a strict gluten-free diet, they may experience a reduction in acid reflux and other gastrointestinal symptoms.

Some people with celiac disease are also sensitive to gluten outside of their bodies. Gluten is found in so many products other than food, including some cosmetics, hair care, and skincare products. If you suspect you may have celiac disease and are experiencing rashes or other skin conditions, you’ll want to check any bath and body products you use to make sure they’re also free from gluten.

What are the symptoms of celiac disease in adults?

Celiac disease affects people differently depending on many factors, including age and overall health. There are almost 200 symptoms related to celiac disease, but some of the most common are:

While gastrointestinal symptoms are more common in children than adults, about one third of adults with celiac disease still experience chronic problems with digestion, including diarrhea and bloating. The variation in symptoms is related to the amount of damage in the small intestine and the specific nutrients your body isn’t able to absorb.

How is pain from celiac disease treated?

The best way to treat the pain from celiac disease is to treat the disease itself, and to do this, you’ll need to stick to a strictly gluten-free diet. This is the only effective treatment currently recommended for celiac disease. Once you’re avoiding gluten completely, your body can begin to heal itself from the damage. Your immune system will stop attacking your intestines, giving your body the chance to repair itself. Over time, the symptoms should go away completely, as long as you completely remove gluten from your diet.

In the short-term, you can treat individual symptoms with medication or different types of therapies. For pain, there are options for over-the-counter painkillers, or your doctor may be able to prescribe something stronger for intense or debilitating pain. If you’re experiencing depression or anxiety, your doctor can prescribe a medication or refer you to a therapist.

Your doctor can also refer you to a nutritionist who can help you learn how to eat now that you’ve been diagnosed with celiac disease. Gluten is found in some surprising places, like restaurant omelets, and a nutritionist can give you a better idea of where you might run into trouble. This is a lifelong change, and they can help you create a plan for your diet that takes your tastes into account and works for you.

The pain from celiac disease can be serious, but your doctor can help you find relief. Ultimately, changing your diet and committing to a gluten-free lifestyle will cure your pain and other symptoms.