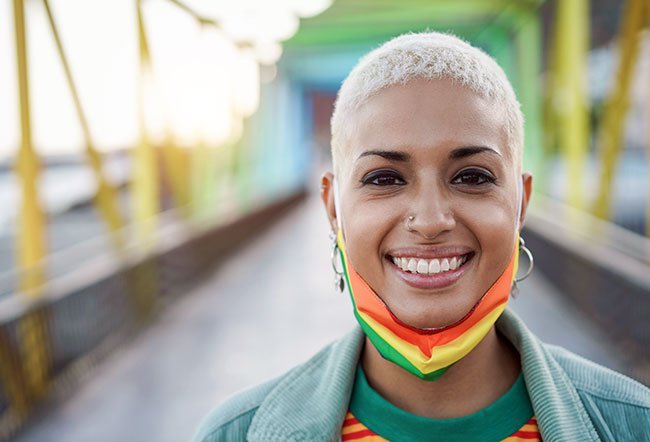 A transgender female is someone who identifies as a female but was labeled as male at birth. Learn about the difference between transgender and other gender terms.

What is the difference between cisgender and transgender?

Cisgender is a term used for people whose gender identity aligns with the sex they were assigned at birth. For example, a cis female is born with female genitals and identifies as being a female.

Transgender is a term used for people whose gender identity does not align with the sex they were assigned at birth. So a transgender female is born with male genitals but identifies as being female.

What are different types of transgender?

Transgender people may develop gender-non-conforming behavior, which means they may adopt customs and habits that are not typically associated with their assigned birth sex and express their identity in their talking, acting, dressing, hair styling. and other behaviors.

Not all, but a few, transgender people may undergo medical treatments to change their bodies to be compatible with their gender identity through interventions that may include hormone therapy and surgeries.

According to the National Center for Transgender Equality, there are approximately 1.4 million transgender people in the United States.

How is gender identity different from sexual orientation?

Gender identity is often expressed with dress and behavior, while sexual orientation is used to describe a person’s innate preference for romantic or sexual relationships with men, women, or both sexes. A transgender female may be sexually attracted to cis males or cis females or other transgender people.

Sexual orientation can be categorized into the following:

What is gender dysphoria?

Gender dysphoria or gender identity disorder is a medically recognized form of psychological and emotional distress, unhappiness, and anxiety caused by the mismatch between your sex assigned at birth and your gender identity. This condition generally arises in adulthood, but it can develop during adolescence as well.

People with this distress feel an intense and persistent desire to get rid of the sexual characteristics they were born with and convert themselves to another gender completely. In addition, being rejected by family and society increases their risk of social dysphoria.

Signs of gender dysphoria include:

What are disorders of sex development?