What is Wellbutrin (bupropion) and what is it used for? 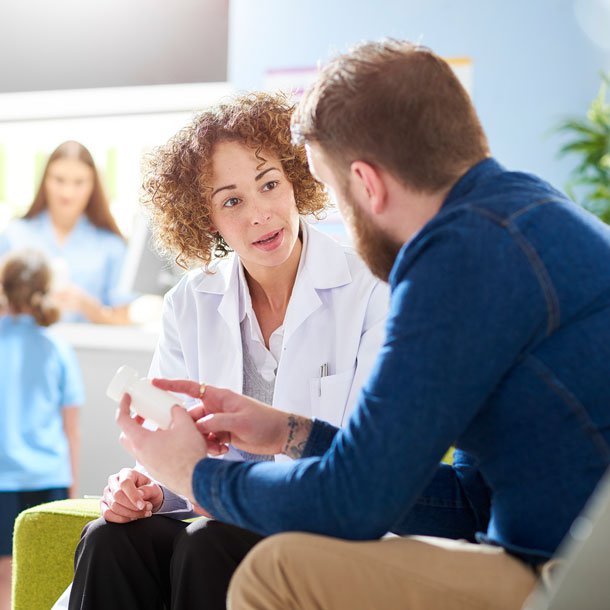 Wellbutrin (bupropion) is an antidepressant medication that affects chemicals within the brain that nerves use to send messages to each other.

Bupropion is an antidepressant medication that affects chemicals within the brain that nerves use to send messages to each other. These chemical messengers are called neurotransmitters. Many experts believe that depression is caused by an imbalance among the amounts of neurotransmitters that are released. Nerves, in a process referred to as reuptake, may recycle released neurotransmitters.

Bupropion is used for the management of major depression (major depressive disorder) and seasonal affective disorder (depression that occurs primarily during the fall and winter). It is also is prescribed for smoking cessation.

Bupropion is unique and unlike other antidepressants in that its major effect is on dopamine, an effect that is not shared by the selective serotonin reuptake inhibitors or SSRIs (for example, paroxetine [Paxil], fluoxetine [Prozac], sertraline [Zoloft]), or the tricyclic antidepressants or TCAs (for example, amitriptyline [Elavil, Endep], imipramine [Tofranil], desipramine [Norpramin]). The FDA approved bupropion in December 1985.

What are the side effects of Wellbutrin (bupropion)?

Four of every 1000 persons who receive bupropion in doses less than 450 mg/day experience seizures. When doses exceed 450 mg/day, the risk increases ten-fold. Other risk factors for seizures include past injury to the head and medications that can lower the threshold for seizures. (See drug interactions.)

Antidepressants increased the risk of suicidal thinking and behavior (suicidality) in short-term studies in children and adolescents with depression and other psychiatric disorders. Anyone considering the use of bupropion or any other antidepressant in a child or adolescent must balance this risk with the clinical need. Patients who are started on therapy should be closely observed for clinical worsening, suicidality, or unusual changes in behavior.

The most common side effects associated with bupropion include:

In some people, the agitation or insomnia is most marked shortly after starting therapy.

Less common side effects include:

More serious side effects include:

What is the dosage for Wellbutrin (bupropion)?

What drugs interact with Wellbutrin (bupropion)?

Is Wellbutrin (bupropion) safe to take if I’m pregnant or breastfeeding?

There are no adequate studies of bupropion in pregnant women. In one study, there was no difference between bupropion and other antidepressants in the occurrence of birth defects. Bupropion should only be used in pregnancy if the benefit outweighs the potential risk.

Bupropion is secreted in breast milk.

What else should I know about Wellbutrin (bupropion)?

Bupropion is available as over 50 Brand names in the US, therefore, there are many formulations. Examples of these formulations/combinations include bupropion, bupropion hydrochloride and/or bupropion hydrobromide either as the single active chemical or in combination with another (like Contrave).

These are the most common formulations available in the US.

Other formulations/prescriptions of bupropion may be available. Examine the prescription label on your prescription bottle to be sure it is what your doctor has ordered. Ask your doctor or pharmacist about any questions you have in regard to this drug.