What is sorbitol, and what is it used for?

Sorbitol is a sugar alcohol found in many fruits and plants and is used orally or rectally to relieve occasional constipation and irregularity in bowel movements.

Sorbitol is added to the solution used to irrigate the urinary passage (urethra) during transurethral surgical procedures. In addition, sorbitol is also used as an adjunct to sodium polystyrene sulfonate (SPS), a resin used to reduce potassium levels in patients with high blood potassium levels (hyperkalemia).

Sorbitol is an osmotic laxative that is poorly absorbed in the intestines and the unabsorbed drug retains water in the colon, softening the stools. Sorbitol also stimulates muscle contractions (peristalsis) that facilitate bowel movements. In hyperkalemia treatment, sodium polystyrene sulfonate causes excretion of potassium in the feces and sorbitol is added to dissolve SPS, loosen the stools and reduce the risk of fecal impaction and bowel obstruction.

Sorbitol has one-third fewer calories and 60 percent of the sweetening activity of sucrose, and is used as a sweetener for people with diabetes. Some people use sorbitol instead of sucrose for weight management.

Sorbitol is commonly used in the food industry as a sweetener and also to improve the texture and shelf-life of foods. Many chewing gums contain sorbitol and it is also added to sweeten some liquid medications. Fruits such as apples, apricots, figs, dates, plums, peaches, nectarines, strawberries, blackberries and raspberries are natural sources of sorbitol.

What are the side effects of sorbitol?

Common side effects of sorbitol include:

This is not a complete list of all side effects or adverse reactions that may occur from the use of this drug.

What are the dosages of sorbitol? 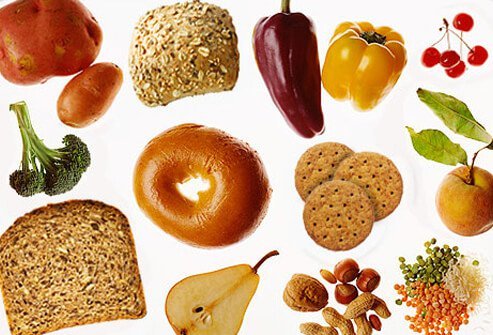 What drugs interact with sorbitol?

Inform your doctor of all medications you are currently taking, who can advise you on any possible drug interactions. Never begin taking, suddenly discontinue, or change the dosage of any medication without your doctor’s recommendation.

What else should I know about sorbitol?