What are nonsteroidal anti-inflammatory drugs (NSAIDs)? 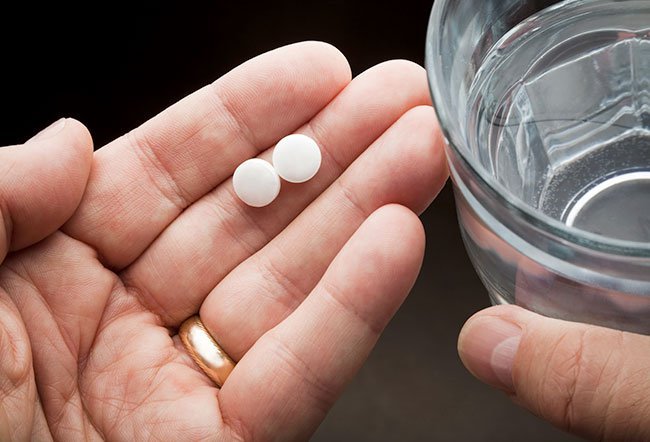 About 15% of people on long-term treatment with NSAIDs will go on to develop a peptic ulcer.

Nonsteroidal anti-inflammatory drugs (NSAIDs) are commonly prescribed medications for the inflammation of arthritis and other body tissues, such as in tendinitis and bursitis. They also are used for minor aches and pains.

Examples of NSAIDs include:

NSAIDs are available by prescription or without a prescription (over-the-counter). They also are ingredients in many over the counter medications used for colds and minor aches and pain. They are administered orally as capsules, tablets, liquids, or by injection (ketorolac, Toradol). Although not included in this review, NSAIDs also are used as eye drops for eye inflammation (for example, ketorolac tromethamine [Acular]).

NSAIDs are taken regularly by approximately 33 million Americans and over 30 billion doses of NSAIDs are consumed annually in the United States.

It started with feeling a little run down after working extra hard, perhaps there was some lightheadedness when he stood too quickly, and then came the fatigue. The baseball world blamed Ichiro Suzuki’s malaise on playing too much in the World Baseball Classic. During spring training, baseball players are supposed to lounge and gradually get themselves into shape, not play like it’s the World Series in October. But the baseball world was wrong. It was discovered in April 2009 that Ichiro was tired because he was anemic and because he was bleeding from an ulcer.

What are the side effects of NSAIDs?

The major side effects of NSAIDs are related to their effects on the stomach and bowels (gastrointestinal system). Some 10% to 50% of patients are unable to tolerate treatment with NSAIDs because of side effects, including abdominal pain, diarrhea, and upset stomach. Approximately 15% of patients on long-term treatment with NSAIDs develop a peptic ulcer (ulceration of the stomach or duodenum). Even though many of these patients with ulcers do not have symptoms and are unaware of their ulcers, they are at risk of developing serious ulcer complications, such as bleeding or perforation of the stomach.

The annual risk of serious complications is 1% to 4% with chronic treatment with NSAIDs. The risk of ulcers is higher in the elderly and individuals with rheumatoid arthritis, and those also taking steroid-containing medications (for example, prednisone), and individuals with a prior history of bleeding ulcers. Taking blood thinning medications (anticoagulants), such as warfarin (Coumadin), and heparin, does not cause NSAID-related ulcers, but rather they increase bleeding if NSAID-induced ulcers occur.

A prior history of ulcers is the most important predictor of NSAID-induced ulcers. Patients with heart disease who are taking aspirin for prevention of heart attacks also are at risk, and the risk of bleeding ulcers doubles if aspirin is combined with other NSAIDs.

How do NSAIDs work, and how do they cause stomach problems?

What are treatments for a stomach ulcer?

Treatment of NSAID-induced ulcers involves discontinuing the NSAID, reducing stomach acid with H2-blockers, for example, cimetidine (Tagamet), famotidine (Pepcid), and nizatidine (Axid), or, more effectively, with proton pump inhibitors, such as omeprazole (Prilosec) or synthetic prostaglandins, specifically misoprostol (Cytotec). Since H. pylori bacteria is a common cause of ulcers, eradication of the bacteria with a combination of antibiotics also may promote ulcer healing.

Is it possible to prevent NSAID-related ulcers and complications?

NSAIDs are valuable medications for patients with arthritis and other inflammatory conditions. For patients who need long-term NSAID treatment, several steps can be taken to decrease NSAID-related ulcers and complications. The risk of ulcers and complications tends to be dose related. Therefore, the smallest effective dose of NSAIDs is taken to minimize the risk. NSAIDs might be selected that have less effect on the stomach’s production of prostaglandins. Some of these NSAIDs are called selective Cox-2 inhibitors. Cox-2 inhibitors block the Cox-2 enzyme that produces prostaglandins of inflammation without blocking the prostaglandin production of Cox-1 in the stomach. Currently in the United States, the only available selective Cox-2 inhibitor is celecoxib (Celebrex).

Taking NSAIDs with meals may minimize stomach upset with NSAIDs, but not ulcerations.

A synthetic prostaglandin, misoprostol (Cytotec), can be administered orally along with NSAIDs. Misoprostol has been shown to decrease NSAID-induced ulcers and their complications. The side effects of misoprostol include abdominal cramps and diarrhea. Misoprostol also is avoided in pregnant women because it can cause uterine muscle contractions and miscarriage. Standard doses of H2-blockers and proton pump inhibitors reduce the risk of NSAID-induced ulcers.

Scientists are actively searching for safer NSAIDs that are effective anti-inflammatory agents but are not ulcer producing. In the meantime, patients who need long term NSAID treatment should be closely supervised by a doctor. Patients at risk of NSAID-induced ulcers and complications should consider preventive measures, such as using NSAIDs with less prostaglandin disrupting effects on the stomach and using proton pump inhibitors, H2-blockers, or misoprostol. Stopping smoking, and eradicating H. pylori also may be helpful since both smoking and infection with H. pylori themselves cause ulcers. 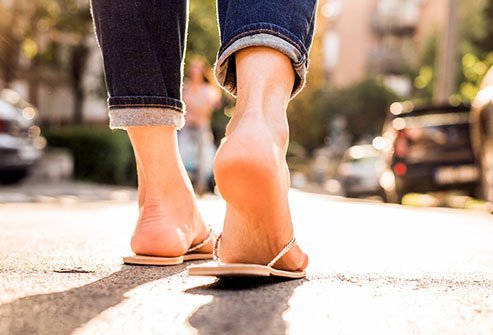