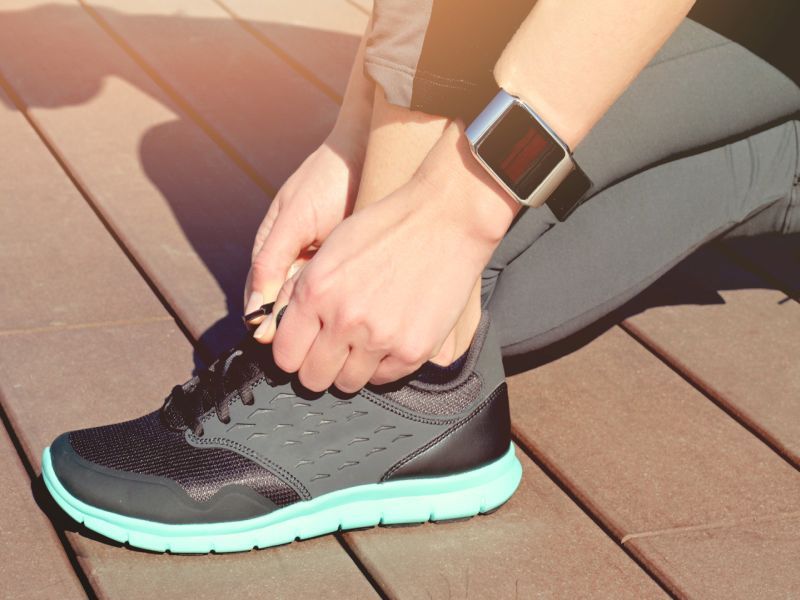 Your fitness tracker, pedometer or smartwatch may motivate you to exercise more and lose weight, Australian researchers say.

In a large research review, the investigators found that tracking your activity might inspire you to walk up to 40 minutes more a day (about 1,800 more steps). And those extra steps could translate to the loss of more than two pounds over five months.

“In the mainstream media, there can be a lot of skepticism about wearable activity trackers, such as whether they make any difference and whether they even have negative impacts, such as making people feel guilty,” said senior researcher Carol Maher. She is a professor of population and digital health at the University of South Australia, in Adelaide.

In the new study, which Maher stressed wasn’t paid for by any makers of fitness devices, her team found trackers have a significant effect on how much people exercise, and a smaller benefit for fitness and weight loss.

“There were also clear patterns for change in other physiological outcomes, such as blood pressure and cholesterol,” she said. “The size of the benefits was enough to conclude that they are meaningful from a clinical perspective.”

The studies showed that fitness trackers not only encourage exercise and weight loss, but may also help lower blood pressure and cholesterol in people with type 2 diabetes and other health conditions.

While the 2-pound weight loss reported might seem insignificant, she said it’s important to remember that these were not weight loss studies, but ones focused on physical activity.

“A 2-pound weight reduction over three to six months, which was the typical duration of the studies included in the review, is meaningful from a population health perspective, offsetting about two to three years of weight creep that we tend to see in the general population,” Maher said.

David Conroy, a professor of kinesiology at Pennsylvania State University in University Park, reviewed the findings.

He said the benefits seen in this study were not solely based on fitness trackers, but also on behavior changes.

“This means that the effects are likely overestimates of the effect that wearable activity trackers have on behavior and health outcomes by themselves,” Conroy said. He added that the study doesn’t speak to how long it takes to achieve the benefits researchers found or how long they last.

“Ideally, wearable activity trackers can be transitional tools that people use to facilitate an enduring lifestyle change that doesn’t require a long-term commitment to wearing the devices,” he said. “At this point, we know little about the timing or permanence of effects.”

Trackers can provide feedback to help people monitor their progress toward activity goals and can remind wearers of them. Many have companion mobile apps that integrate a variety of behavior change techniques. Those techniques can help to promote behavior change as well, Conroy said.

“Wearable activity trackers can be useful for promoting physical activity, but we should be realistic about our expectations of these devices,” he suggested. “Trackers are just tools — they can be an important part of an evidence-based behavior change program but won’t do the hard work of behavior change for a person.”

Increasing your physical activity still requires a desire to be active, meaningful incentives for being active and an effort to translate the best intentions into action, Conroy said.

“Ideally, trackers can help consumers to develop lifestyles that make it easier to integrate physical activity into daily life, but that won’t happen from a tracker alone,” he said. “Enduring increases in physical activity are more likely if the tracker is part of a thoughtful, evidence-based approach rooted in behavioral science.”

The study was published online July 26 in the journal The Lancet Digital Health.

There’s more about fitness at the U.S. Centers for Disease Control and Prevention.