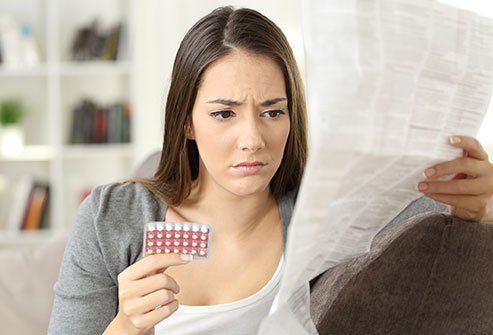 There seems to be no additional risks associated with using the pill to suppress the seven-day break (beyond the health risks already linked to hormonal pills or devices).

Here is the good news!

There seems to be no additional risks associated with using the pill to suppress the seven-day break (beyond the health risks already linked to hormonal pills or devices). Nearly 100 percent of female OB/GYNs in a national survey by the American College of Obstetricians and Gynecologists (ACOG) said menstrual suppression was safe for their patients. In fact, it may even be beneficial for reducing the chances of premenstrual mood swings and weight gain.

That being said, it’s still important to mention that there have been no long-term studies examining the safety of continually skipping the period. Sometimes, medical repercussions take a longer time and/or need a larger population sample size to emerge. However, the current consensus is that no blood is built up inside your body when you are on the pill. Thus, bleeding when on the pill serves no purpose other than mimicking the natural cycle and making you comfortable with the pill.

Benefits may include the following

Risks may include the following

A lot of doctors (wrongly) believed previously that skipping the break would make it less effective. Skipping the break is associated with breakthrough bleeding, fear and anxiety regarding missing a pregnancy. Theoretically, it is also associated with a higher risk of thromboembolism due to a higher amount of hormones. This may be the reason why many doctors continue to advise taking a break. If a woman chooses to stop taking hormonal birth control, her natural menstrual cycle and fertility will usually return to normal after one month, regardless of how long she skipped her period.

What does birth control do to a woman’s body?

What is the best form of birth control?

What’s “best” among birth control methods differs from woman to woman. What’s right for a woman may not be right for every woman. And a person’s needs may also change over time.