What is your period vs. implantation bleeding? 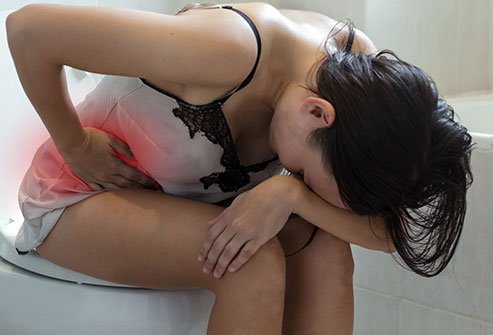 Implantation bleeding usually happens under two weeks post-conception. It is usually much lighter than period bleeding, lasting only a day or two, and looks like spotting instead of a full or heavy flow like your period.

When you notice vaginal bleeding that you’re not sure is from your period or pregnancy, it can be confusing. While both are natural and have to do with your reproductive system, they have different causes.

To begin, it’s important to understand the uterus. Your uterus is an organ that carries a baby during pregnancy. When a male sex cell (the sperm) meets and fertilizes a female sex cell (the egg) at conception, they implant into the uterine lining. Over the next nine months, the fertilized egg develops into a baby inside the uterus.

What is your period?

Your period (menstruation) occurs when the uterus sheds part of its lining around every month that you do not conceive a baby. This causes continuous bleeding from the vagina for about a week. Most women get their period for the first time between the ages of 11 and 14 and stop getting their period around age 51.

Typically, your period will happen every 28 to 38 days (your full menstrual cycle), and you can usually predict roughly when you will get it next.

What is implantation bleeding?

When a fertilized egg starts to develop, it can cause a small amount of bleeding. The blood also comes out of your vagina, like your period. This isn’t necessarily a cause for alarm, and it happens to about 25% of women who have been pregnant. 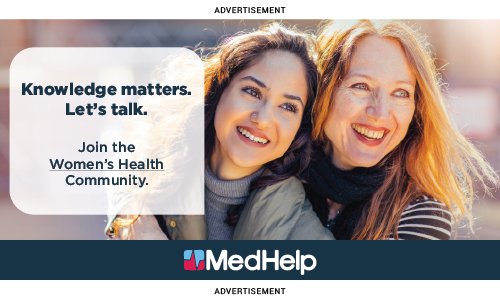 What are symptoms and signs of your period vs. implantation bleeding?

Implantation bleeding vs. premenstrual syndrome (PMS) and your period can look similar. They may even occur at similar times in your menstrual cycle. The blood’s flow and color can be a determining factor, along with additional symptoms.

Symptoms of your period

Bleeding due to your period occurs for about 3 to 8 days continuously. The blood usually appears bright red, or slightly lighter or darker. Sometimes, you may notice brown discharge at the beginning of your period (even a few days before the bleeding starts), during PMS, or at the end of your period. This is older blood from previous cycles.

During this time, you may also experience:

You may also feel tired and nauseous, and need to urinate frequently alongside implantation bleeding. These are common symptoms at the beginning of pregnancy.

What are the causes of your period vs. implantation bleeding?

Both your period and implantation bleeding have to do with your uterine lining.

Causes of your period

Throughout every month or so, the uterine lining thickens to prepare for a potential fertilized egg to develop. If that doesn’t happen during that time frame, the uterus then sheds the extra lining through your vagina. The shedding, which is a mix of blood and dead uterine tissue, happens over the course of about a week.

When a fertilized egg embeds into the uterus, it can move around slightly within the uterine wall. This can cause a small amount of vaginal bleeding but not enough to fill a panty liner.

Diagnosing your period vs. implantation bleeding

Your period is a natural body function that doesn’t need a medical diagnosis for treatment and management.

If you experience any concerning symptoms along with PMS and your period—like an irregular schedule, severe pain and cramps, or very heavy bleeding—contact your doctor. Menstrual disorders and other underlying conditions can affect your period, and a doctor can help make an additional diagnosis if needed.

Implantation bleeding does not require a medical diagnosis itself, but to make sure that your bleeding is due to pregnancy, you will need to take a pregnancy test. These are available over-the-counter.

Treatments for your period vs. implantation bleeding

Treatments for your period

Your period doesn’t necessarily need any medical treatment. To avoid leaking blood and staining your clothes, use a tampon, pad, menstrual cup, or another device. Over-the-counter pain medication can help with cramps, but talk to your doctor about any questions or concerns on treating your period symptoms.

If you’re experiencing implantation bleeding, a doctor can help you figure out if this is a cause for concern.

American College of Obstetricians and Gynecologists: “Bleeding During Pregnancy.”

Cleveland Clinic: “What Does the Color of Your Period Mean?.”

News Medical: “What Does the Uterus Do?.”

NICHD: “What are some common signs of pregnancy?.”

Women’s Health at Harrington: “Top 5 Common Menstrual Disorders You Need to Know About.”