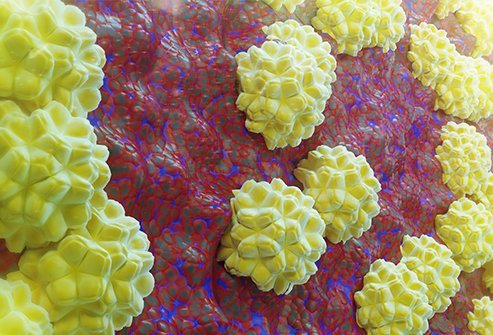 Chlamydia is a common bacterial sexually transmitted infection (STI) caused by the bacterium Chlamydia trachomatis and can be a cause painful urination.

Chlamydia is a common bacterial sexually transmitted infection (STI) caused by the bacterium Chlamydia trachomatis. In most cases of chlamydia, there are no symptoms. However, it can cause health problems later, and if untreated, it can cause serious complications. Hence, to avoid chlamydia doctors advise practicing safe sex, getting regular screenings and seeking treatment early. Chlamydia can affect anyone regardless of gender; however, infection rates of chlamydia are highest among younger women, especially those who are between the ages of 15 and 24 years. The Centers for Disease Control and Prevention (CDC) recommends sexually active women younger than 25 years of age and older women with risk factors such as multiple or new partners to get screened for chlamydia annually.

Chlamydia is often known as a “silent infection” because there are often no symptoms at all. If symptoms appear in men, they are generally seen one to three weeks after contracting the infection. In women, symptoms may take several weeks to appear after contracting the infection. Burning and painful urination is one of the common symptoms of chlamydia. This is a symptom that can occur in both men and women. Urine can irritate the already inflamed tissue in the urethra (a tube that connects the urinary bladder to the urinary meatus [opening] through which urine is expelled out of the body), resulting in pain while urinating (peeing). Pain while urinating can be mild to extremely painful and unbearable.

Chlamydia trachomatis is a bacterium commonly called chlamydia. Chlamydia is a sexually transmitted infection (STI). Having unprotected sexual intercourse (vaginal or anal) or unprotected oral sex is the main way chlamydia infection can be transmitted. The infection can transmit even without penetration; for example, touching genitals together can transmit the bacteria. Newborn babies can acquire chlamydia from their mothers during birth. Hence, pregnant women are usually screened for chlamydia. Sometimes, chlamydia infection in the eye can occur through oral or genital contact with the eyes. Moreover, someone who has had the infection in the past and recovered successfully can be reinfected again.

What are the symptoms of chlamydia in men?

What are the symptoms of chlamydia in women?

Women may take several weeks to exhibit any symptoms. Many times, there may be no symptoms. Some common symptoms of chlamydia in women include:

Infection can spread to the fallopian tubes, resulting in a serious condition called pelvic inflammatory disease (PID). This is a medical emergency and requires immediate medical attention. Symptoms of PID include:

How is chlamydia treated?

Chlamydia is a treatable sexually transmitted infection (STI). Treatment mainly involves antibiotics, such as azithromycin and doxycycline, and over-the-counter painkillers. It can take around two weeks for the infection to clear up. It’s important that you avoid sexual activity, including oral sex to prevent transmission, reinfection or other infection. It is also possible to contract chlamydia again in the future if exposed. Hence, you must stay protected and prevent recurrence because of its potential to cause complications such as pelvic inflammatory disease (PID).