Anyone who has ever had a kidney stone never wants a repeat of the blinding pain that comes when it passes. Now, a new study maps out a diet that can help guard against that.

The cornerstones of that diet include eating plenty of foods that contain potassium, as well as a few servings of low-fat dairy daily, to get enough calcium. High-potassium fruits and veggies that could help include bananas, oranges, grapefruits, apricots, mushrooms, peas, cucumbers, zucchini, and melons such as cantaloupe and honeydew.

To arrive at those recommendations, researchers from the Mayo Clinic used data from questionnaires completed by kidney stone patients between 2009 and 2018. The team compared the diets of 411 people who had already had their first kidney stone and a control group of 384 individuals.

“We had this information and then we, number one, could look at things that … differed between controls and kidney stone formers, but then we’ve also been following these people forward in time,” said study author Dr. John Lieske, director of the O’Brien Urology Research Center at the Mayo Clinic in Rochester, Minn.

During a median of just over four years of follow-up, 73 patients in the study had recurrent kidney stones.

Lower levels of calcium and potassium predicted that recurrence. After adjustments for non-dietary factors, lower calcium continued to be a predictor. So did lower potassium, but only among those who weren’t already taking certain types of diuretics and calcium supplements.

The good news? While patients may not be willing to adjust their diet before a first kidney stone, they are far more likely to do so to prevent a recurrence, the authors noted.

A key piece of advice on avoiding recurrent kidney stones includes drinking water, lots of it — about nine 12-ounce glasses of water per day.

Though this new study didn’t note the benefit from water, that may be because it was following people who already were drinking high quantities of water after their first kidney stone, Lieske noted.

“I would still say that’s always one of the mainstays when we see people, that they should definitely drink more fluid if they’ve had a kidney stone. That just will always be helpful,” Lieske said.

Unfortunately, people who’ve had one kidney stone have a good chance of a repeat one, about 30% within five years.

Having a kidney stone isn’t only an excruciating experience, but it’s also associated with other health issues, including chronic kidney disease, osteoporosis and heart disease.

So, how much calcium and potassium should be consumed each day to keep kidney stones at bay?

Two to three servings of low-fat dairy daily would be the ideal way to consume the needed calcium, Lieske said, or an amount equal to 1,200 milligrams. That number matches the U.S. Department of Agriculture’s (USDA) daily recommended amount for most adults.

So, simply eating a lot of fruits and vegetables is what the study suggests. That would net patients the needed potassium, plus other nutrients that are inherent to those foods that may be contributing to the prevention of kidney stones, including citrate, Lieske suggested.

The findings were published online Aug. 1 in Mayo Clinic Proceedings.

Dr. Gary Curhan, a member at the Channing Laboratory and Renal Division at Brigham and Women’s Hospital in Boston, has researched kidney stones for decades. Curhan was not involved in this study.

“One of the things that’s novel about this now is that they look for stone recurrence, which actually is really important,” Curhan said. “Up to now, we’ve extrapolated our findings on incident formation to recurrent, but we didn’t have that.”

One challenge, however, is knowing whether a new symptomatic kidney stone was truly recurrent or whether it was formed around the time the first one formed, but didn’t pass until later, Curhan said.

He noted that there is more than one type of kidney stone, with the most common being a calcium oxalate stone. In addition to adding plenty of fluids and more of certain foods to a diet, it may also be necessary to limit other foods.

That can best be determined by working with a specialist who can evaluate the type of kidney stone a patient has, Curhan said. 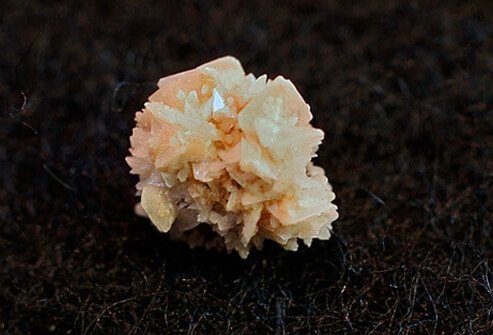 “I think the takeaway is that diet does matter for stone formation. Lots of people think that diet doesn’t matter, but it absolutely does,” Curhan said. “We now have decades of evidence that that’s the case.”

The U.S. National Institute of Diabetes and Digestive and Kidney Diseases has more on kidney stones.