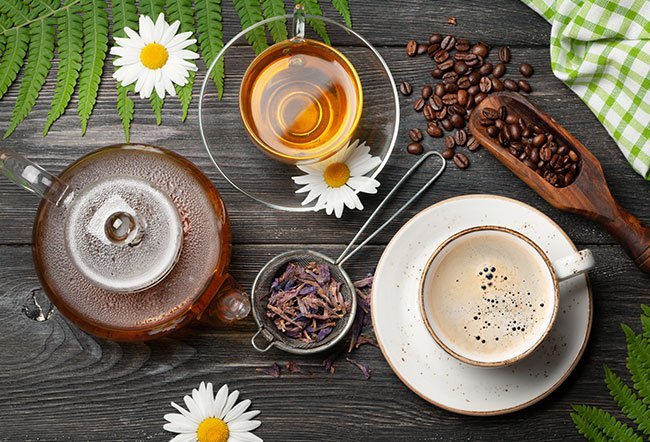 Researchers are divided as to whether caffeine causes depression, with some believing moderate consumption could help, while others believe it’ll make things worse.

The medical community is divided on the effect of caffeine on depression. Some people believe caffeine can help, whereas others believe it will make things worse.

Caffeine is a stimulant that can alter the mood. It can be found in many of the world’s most popular beverages, including tea, coffee, energy drinks, and many soft drinks.

Caffeine causes mood improvement if it is consumed moderately daily.

Keep in mind that caffeine only gives the nervous system a temporary boost. As a result, once the effect wears off, people suffering from depression may experience a more severe drop in mood.

The truth is that all answers are currently not known on coffee’s role in depression. Drinking coffee or tea may or may not be beneficial. Therefore, if a person suffers from depression, they must develop coping mechanisms and seek professional help.

Caffeine use regularly can lead to physical dependence. If a person stops using caffeine-containing products abruptly, they may feel:

These symptoms typically appear 18 to 24 hours after the last caffeine consumption and gradually fade over the next week.

The body takes about four hours to metabolize half of a given dose of caffeine. Usually, almost all caffeine consumed is metabolized, and there is no day-to-day accumulation of the drug in the body.

What are the long-term effects of caffeine?

Most people have no problems with 400 mg of caffeine, which is equivalent to four cups of coffee. Caffeine, however, has different effects on people based on their:

If a person is caffeine sensitive, even small doses may cause:

Health and nutrition experts consider caffeine consumption of more than 600 mg per day (equivalent to four to seven cups of coffee) to be excessive.

Excessive caffeine consumption (e.g., more than four cups of coffee per day) over time may result in:

Caffeine withdrawal is difficult after a long period of consumption because the body must adjust to life without it. Withdrawal symptoms usually appear 12 to 24 hours after the last dose. The effects may last from two to seven days or even longer in heavy drinkers.

The signs and symptoms of caffeine withdrawal may include:

Caffeine is the most widely used stimulant on the planet. For centuries, it has been used to stimulate the senses and energize the body. Many people drink coffee, tea, energy drinks, or caffeinated soft drinks in the morning to boost their energy and alertness.

Caffeine highs can last for a few hours, but caffeine levels drop dramatically after the initial high, which can lead to depression and anxiety.

Consult your doctor as soon as possible if your depression becomes a problem.

What to Know About Coffee and Depression. https://www.webmd.com/diet/what-to-know-about-coffee-and-depression

Drinking Coffee Can Reduce Depression Risk by up to One Third. https://www.ncausa.org/Newsroom/Coffee-can-reduce-depression-risk-by-up-to-one-third

The impact of coffee on mental health. https://www.ico.org/documents/cy2017-18/Presentations/seminar-coffee-and-health-abic-e.pdf