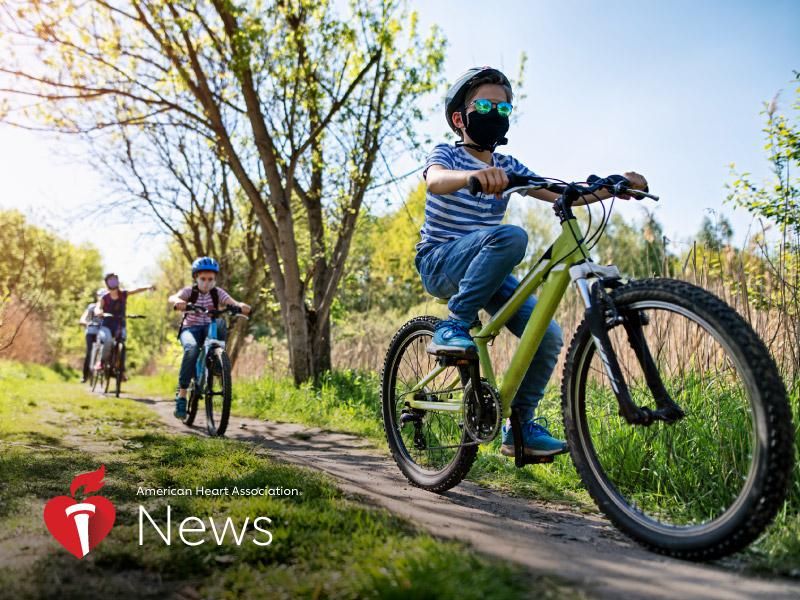 It doesn’t seem right to put “silver lining” and “pandemic” in the same sentence. But the past year of COVID-19 has been a boon for bicycling, an indisputably healthy activity.

“Bikes have been one of those bright spots, as we’ve been getting through this last year,” Secretary of Transportation Pete Buttigieg told the National Bike Summit in early March. “People have been rediscovering how we get around, to the extent we still can.”

The numbers bear that out.

Bike sales rose by more than 40%, according to the National Bike Dealers Association, and stores around the country still report shortages. Two surveys during the year by the advocacy group PeopleForBikes indicated that 10% of adults in the U.S. hopped on a bike for the first time in at least a year because of the pandemic.

“Everyone was genuinely shocked,” said Jenn Dice, president and CEO of PeopleForBikes, based in Boulder, Colorado. “Bike counter numbers, both in urban and rural recreation areas, were off the charts. It was, ‘Holy smokes. People are riding bikes like crazy.'”

“One of the positive outcomes of this unfortunate situation is this return to the outdoors,” said Bill Strickland, whose official title at the helm of Bicycling magazine is rider-in-chief. “With so many people at home with their kids, they said, ‘Let’s go ride our bikes.'”

Whatever the reason, it’s a healthy choice.

To cite just two examples, a 2017 BMJ study in England encompassing more than 263,000 people showed those who biked to work had less cardiovascular disease and cancer. A 2016 Danish study published in the American Heart Association’s journal Circulation tracked nearly 54,000 people over 20 years and found that regular cyclists had an 11% to 18% lower risk of cardiovascular disease than noncyclists.

“We don’t need a bunch more research about whether physical activity improves health,” Gibbs said. “We just have to figure out how to get more people to do it.”

So, as the pandemic subsides and life returns to normal, health experts and bike advocates alike ask the same question: Will the trend roll on?

“We’re cautiously optimistic that Americans will keep riding,” Dice said. “They’re telling us they’re having fun, they’ve been forming good habits, for recreation and for health, and they want to stick with it.”

Strickland said the country has seen bike booms before, “going back all the way to the (1973) gas crisis, when Greg LeMond won the Tour de France (in the 1980s) and the Lance Armstrong years.”

“We see a spike and then there is a drop, but it rarely returns to the level it was before,” he said.

One cloud hanging over the optimism is the ongoing shortage of new bikes amid soaring demand. Heather Mason, president of the National Bike Dealers Association, said manufacturers are stepping up production, but are being hampered by lack of parts.

“Overall demand is not going to keep up with supply this year,” she said. “We think we’re going to be in a shortage at least until 2023.”

The lesson for consumers, she said, is threefold: get to a store quickly, be patient, and consider buying a used bike.

“There will be bikes,” Mason said. “But it’s a little different buying experience these days.”

In the long term, Strickland and Dice agreed better infrastructure will help keep the bike boom going. Dice said the pandemic has accelerated the trend toward creating more protected bike lanes in cities and rural bike paths that could eventually grow into a national network.

“I really believe we’re just transforming as a country,” Strickland said. “Cycling is going to be a bigger and bigger part of how we get around.”

At the bike summit, Buttigieg – who was recently spotted biking home from work in Washington, D.C. – promised to help.

“We can definitely be more of a bicycling country,” he said. “Whether it’s hard resources or whether it’s moral support, you’re going to see a lot of energy coming from my office and my team to help move things along.”