For centuries, men have tried all sorts of natural remedies for erectile dysfunction (ED) — the repeated inability to get or maintain an erection firm enough for sexual intercourse. But do they really work? It is simply not scientifically known at this point. Furthermore, you take these remedies at your own risk, because their safety profiles have not been established. What follows are commentaries by experts and reviews in the field of alternative treatments that are available over the counter for erectile dysfunction and impotence. 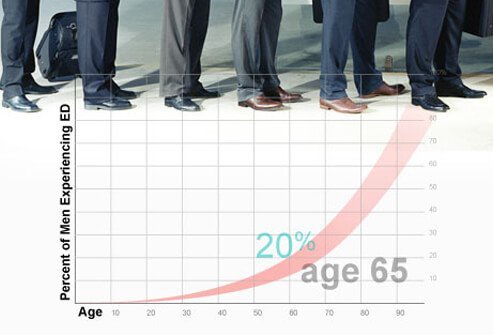 While impotence occurs at any age, the chance of developing impotence increases with age.

“Just because there is evidence doesn’t mean it’s good evidence,” says Andrew McCullough, MD, associate professor of clinical urology at New York University Langone Medical Center in New York City, and one of the original clinical investigators for the ED drug Viagra (sildenafil). “And before men with ED start down the naturopathic route, it’s smart to make sure that there isn’t some underlying medical condition that needs to be corrected.” Moreover, it is estimated that 30 million American men have erection problems, and 70% of cases are a result of a potentially deadly condition that blocks blood flow, like atherosclerosis, kidney disease, vascular disease, neurological disease, or diabetes. Additionally, ED can also be caused by certain medications, surgical injury, and psychological problems.

Experts feel that treating erectile dysfunction on your own, without consulting a doctor, is unsafe. “If you have ED, the first thing you need is a diagnosis,” says impotence expert Steven Lamm, MD, a New York City internist and the author of The Hardness Factor (Harper Collins) and other books on male sexual health. He says men with severe erectile dysfunction probably need one of the prescription ED drugs, which include the PDE-5 inhibitors Levitra (vardenafil), Cialis (tadalafil), and Stendra (avanafil), as well as Viagra. But, he says, mild ED — including the feeling that “you’re not as hard as you could be” — often responds to natural remedies.

Acupuncture. Though acupuncture has been used to treat male sexual problems for centuries, the scientific evidence to support its use for erectile dysfunction is equivocal at best. In 2009, South Korean scientists conducted a systematic review of studies on acupuncture for ED. They found major design flaws in all of the studies, concluding that “the evidence is insufficient to suggest that acupuncture is an effective intervention for treating ED.”

Arginine. The amino acid L-arginine, which occurs naturally in food, boosts the body’s production of nitric oxide, a compound that facilitates erections by dilating blood vessels, increasing blood flow to the penis. Studies examining L-arginine’s effectiveness against impotence have yielded mixed results. A 1999 trial published in the online journal BJU International found that high doses of L-arginine can help improve sexual function, but only in men with abnormal nitric oxide metabolism, such as that associated with cardiovascular disease (a disease that damages blood vessels). In another study, published in 2003 in the Journal of Sex & Marital Therapy, Bulgarian scientists reported that ED sufferers who took L-arginine along with the pine extract pycnogenol saw major improvements in sexual function with no side effects. Arginine can be helpful, says Geo Espinosa, ND, director of the Integrative Urological Center at NYU Langone Medical Center. Espinosa says that men with known cardiovascular problems should take it only with a doctor’s supervision; L-arginine can interact with some medications. 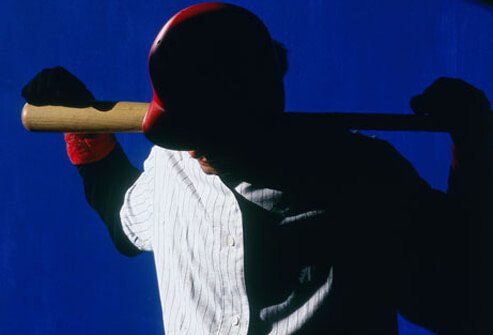 DHEA (Dehydroepiandrosterone). Testosterone is essential for a healthy libido and normal sexual function, and erectile dysfunction sufferers known to have low testosterone improve when placed on prescription testosterone replacement therapy. Similarly, studies have shown that taking over-the-counter supplements containing DHEA, a hormone that the body converts to testosterone and estrogen, can help alleviate some cases of ED. But DHEA can cause side effects, including suppression of pituitary function, acne, hair loss and its long-term safety is unknown, says McCullough. For this reason, many experts discourage use of the supplements.

Ginseng. Korean red ginseng has long been used to stimulate male sexual function, but few studies have tried systematically to confirm its benefits. In one 2002 study involving 45 men with significant ED, the herb helped alleviate symptoms of erectile dysfunction and brought “enhanced penile tip rigidity.” Experts aren’t sure how red ginseng might work, though it’s thought to promote nitric oxide synthesis. “I would recommend ginseng [for men with ED],” says Espinosa. Discuss with your doctor before taking it since ginseng can interact with drugs you may already be taking and cause allergic reactions.

Pomegranate juice. Drinking antioxidant-rich pomegranate juice has been shown to have numerous health benefits, including a reduced risk for heart disease and high blood pressure. Does pomegranate juice also protect against ED? No proof exists, but results of a study published in 2007 were promising. The authors of this small-scale pilot study called for additional research, saying that larger-scale studies might prove pomegranate juice’s effectiveness against erectile dysfunction. “I tell my patients to drink it,” says Espinosa. “It could help ED, and even if it doesn’t, it has other health benefits.”

Yohimbe. Before Viagra and the other prescription erectile dysfunction drugs became available, doctors sometimes prescribed a derivative of the herb yohimbe (yohimbine hydrochloride) to their patients suffering from ED. But experts say the medication is not particularly effective, and it can cause jitteriness and other problems. “It’s not a great drug,” says McCullough. “And I suspect the herb is not as potent as the pharmaceutical version.” What’s more, evidence shows that yohimbe is associated with high blood pressure, anxiety, headache, and other health problems. Experts discourage its use.

Ginkgo biloba. Known primarily as an herbal treatment for cognitive decline, ginkgo has also been used to treat erectile dysfunction — especially cases caused by the use of certain antidepressant medications. But the evidence isn’t very convincing. One 1998 study published in the Journal of Sex & Marital Therapy found that it did work. But a more rigorous study, published in Human Pharmacology in 2002, failed to replicate this finding. “Ginkgo has come out of fashion in the past few years,” says Ronald Tamler, MD, assistant professor of medicine and codirector of the men’s health program at Mount Sinai Medical Center in New York City. “That’s because it doesn’t do much. I can say that in my practice, I have not seen ginkgo work — ever.”

No matter what erectile dysfunction treatment or treatments (whether herbal remedies or not) a man ultimately decides upon, experts say it’s important to eat healthily and to avoid smoking and heavy drinking. Moreover, adequate exercise, stress reduction, and sleep can improve erection problems in many. In addition, says Lamm, “A loving, receptive, and responsive partner is a home run. After all, this is still a couple’s issue.”